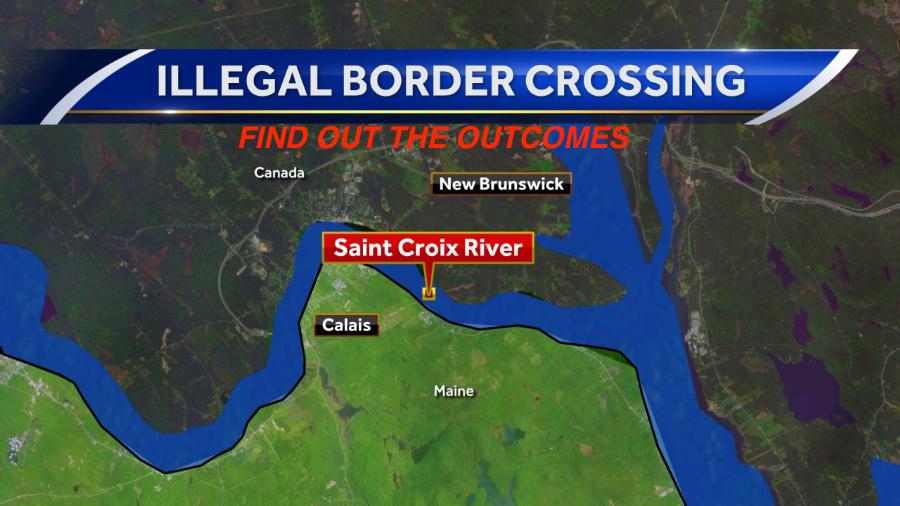 As per Auditor General Michael Fergusson, Canada Border Control Services representatives are not actively gathering the appropriate and vital information from the millions of visitors who are entering Canada thereby making it easier to Enter US or Canada without Visa Documents.

There are people who cross the Canada border by their personal vehicles or cars, and they are not getting checked adequately enough by the security agents at the checkpoints.

Discussions in 30 Seconds hide
1 How Lax Controls at Borders make it easy to Enter US or Canada without Visa Documents
1.1 People having crossed borders without Visa were given temporary resident permits
2 Illegal Entry of Unlawful Immigrants into Canada
2.1 No records of Cars entering US or Canada
2.2 They enter Canada on Visitor Visa and go underground
3 Conclusion
3.1 Related Read- Studying in Canada has become easiest way to get Permanent Residency in Canada
3.2 About Post Author
3.2.1 Diksha Garg

The superior administrator who is observing the guards at these border checkpoints has not been actively involved, to watch the security guards for several shifts as they look amateur in screening the guard who are breaking rules and unable to safeguard the security parameters.

Or maybe they shared the computer login details and played with the system a little; to make the monitoring difficult as someone enters the nation.

People having crossed borders without Visa were given temporary resident permits

These are security threats being faced by the Border Control Systems of Canada, and it is required to be rectified. It was also noticed that more than 113 people crossing the border were given temporary resident permit last year without proper grounds.

In addition, some of the border security guards provide resident permits to individuals with the criminal declaration, and several of them were even convicted with ten years of imprisonment by the Canadian Legal Authorities.

Thousands of people are entering from the Canada border illegally over the last few months. However, the border control authorities are also encountering various issues while screening immigrants who are coming to Canada legally whether for study, work or traveling.

No records of Cars entering US or Canada

In a statement, Ferguson also said that there were approximately 300,000 cars at the border when he got an inspection done. These cars were there to cross-border and enter Canada, but the guards did not have any record regarding the people in those cars. However, as per data, only 4% people successfully enter the nation with temporary permit inappropriately.

They enter Canada on Visitor Visa and go underground

Most of these entrants either enter the country through visitor’s visa, or the tourist packages. And they extend their stay in Canada and start living there illegally. These people hide and go underground after their visa is expired.

Most of the illegal entrants try to either bribe the checkpoint border services staff or blackmail them to get onto the grounds of Canada. The senior officials of Canada Border Services Agency and Immigration, Refugees and Citizenship Canada are working on various policies and border security mechanism to alleviate the risks of this kind of misconduct.

These undocumented immigrants are difficult to catch as they remain undercover. These people are not entitled to medical or other facilities. Unless they are involved in some kind of criminal activities and get caught, there is no way of getting hold of these people.

In fact, earlier also, many resident permits were missing from the border checkpoints, due to the sloppy attitude of security officers on duty.

Due to lackadaisical approach of security guards at the border checkpoints of Canada, many unlawful people come across the Canadian border. The number of these undocumented immigrants is increasing in Canada and Government is taking steps to reduce the illegal entry of these individuals, so that they do not become miscreants, and create nuisance in the country.