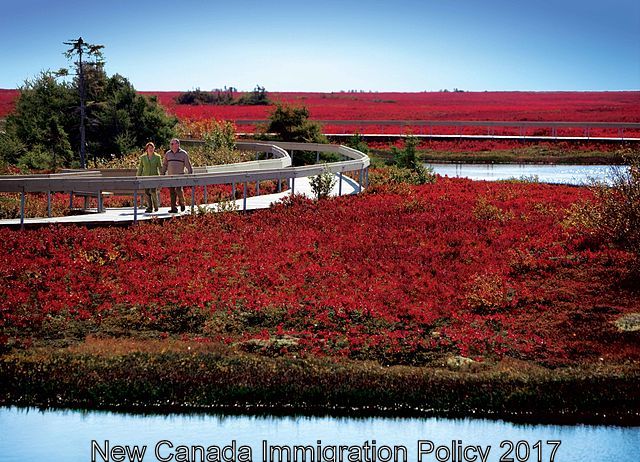 As a result of the protest against Canadian companies hiring foreigners instead of countrymen, the Canadian government is forced to change the immigration policy. Let’s delve deeper into the new Canadian Immigration Policy and its effect on the country.

Since 2013, there were controversies that Canadian firms are employing more workers from abroad than its countrymen. This lead to several protest and shows on streets and the scenario turned into C4 when the Canadian Information Technology workers complained the replacement of countrymen with the foreign workers.

The government has nothing to do then except changing the law. And in the year of 2017 after a huge struggle, the protesters are expecting some real work on the immigration policy of Canada. This is not only the outcome of rigorous protest but also the icing on the face of Trump government.

Are these changes in Canadian Immigration Policy Necessary At All!-

Since the vote campaign of Trump, he stated that if he takes the president’s chair, then his government will change the immigration plan of the USA. This statement provided a repercussion effect on the whole world. Already people were demanding for a change in the immigration policy of their respective countries. There was a long-standing argument that development countries are employing more labor from third world countries than the own country’s workers. Trump’s statement gave a huge blow to the argument and countries like Canada have nothing to suppress these massive protests.

Effect of the Change of hiring of Temporary Workers in Canada

There will be a great shift in the immigration plan of the Canada which will certainly affect the world economy to a great extent. Presently Canada is one of the growing economies, which employs lots of foreign employee in their working sectors. These third world workers are cheap, and according to the world, immigration policy doesn’t require lots of extra facilities for staying in Canada.

New Policy may discourage hiring of Temporary workers in Some Sectors– Now, if the new immigration policy comes into existence, then this will lead to a suppression in the arrival of these cheap labors into Canada. According to the experts, this may result in a huge loss in the economy of this country in the short run. But according to the counter argument, keeping close relation with the USA depending upon this new immigration plan will provide a great impetus to the Canadian economy.

How Will it affect Canadian Immigration Policies?

According to the internal sources, the Canadian government has only ordered to review the immigration plan, but the outcome will be a whole new policy for the immigrants. H-1B visa one of the most important sub-part of Canadian visa may stay in function as opposed to the American immigration plans.

This permit brings most of the newcomers to the Canadian economy from abroad as a student. And these students are trained with the technical skills to provide most in the Canadian economy. So if it gets stopped functioning, then the ultimate loss will be in the economy of this country. Additionally, there will be a fixed maximum cap for the working visa. Lottery system for a visa will be abolished, and visas from henceforth will be provided on the importance basis.
So, these changes are certainly lead to a great change in immigration plan for this country, and the effects are not yet satisfied. Whatever will be the result, it will give rise to a closer bonding with the Trump government.