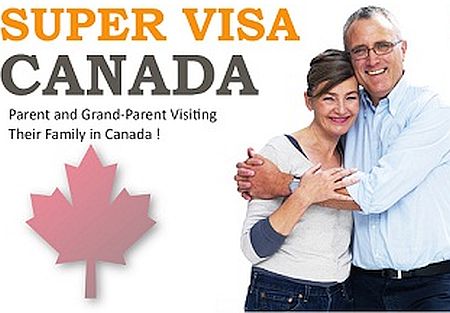 Canada, 21st December: Many allege that Changes to Parent and Grandparent Super Visa are insufficient as the minimum income threshold of the sponsors needs to be brought down

Canada government has changed the earlier process of first-come, first-served system. It was introduced by Conservative government. There was an annual cap of 5,000 applications in the year 2014. The program was closed in the year 2011.

Ontario Council of Agencies Serving Immigrants(OCASI) has supported these changes.

Lottery system--Changes mean 10,000 spots shall be awarded by lottery. A random draw shall be made for 2017. This was revealed by John McCallum, Canada immigration minister. 10,000 individuals shall be selected randomly. They shall be asked to submit the application within a period of 90 days.

The system has been moved to a lottery. However, it will need sponsors to fulfill minimum annual income threshold. This will be on the basis of size of the sponsor’s family. Income may be between $40,000 and $80,000.

Canada parent and grandparent super visa program will be changed from 2017. It will have a lottery system for selection of applications.

Canada super visa program—Under this program, eligible parents and grandparents of Canada citizens or Canada permanent residents can come to Canada for a maximum period of two years. For up to two years, they don’t need to renew their status.

Under this system, applications had to be mailed or dropped through courier to the only immigration office in Mississauga. This was under first-come, first-served basis. This meant that people had to pay several dollars to courier firms for getting somebody to stand in queue. This was to make sure that they were close to the front.

More needs to be done— Although the OCASI favors the system, but a more substantive change shall be to decrease the minimum income threshold for sponsors, stated Debbie Douglas, executive director of the OCASI.

The change of sponsorship means it is fair to families. However, the annual cap on applications is still 10,000. So, this means several families will be ineligible for applying, Douglas stated.

More clarity is needed in Canada super visa program, said senior partner at immigration law firm(Green and Spriegel LLP), Stephen Green. More should be done to make sure that those who come to Canada can stay there for not less than two years.

People must ensure that they say to border official ‘write down two years.’ If border officials don’t write two years when individuals come to Canada on super visas, their stay can be of two years only.