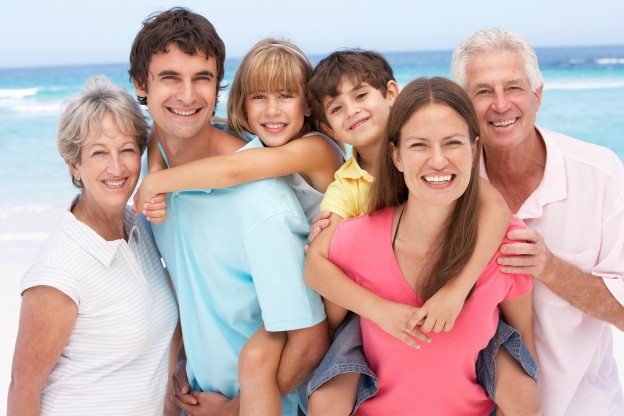 Applications for PGP to begin from January 3

The Parent and Grandparent Program (PGP) will open its gate for 2017 starting from January 3rd. The program is specifically meant for permanent immigration of parents and grandparents of those of existing Canadian Citizens. The PGP Programme for 2017 will have a cap of 10,000 seats only. So it is like  to be a fair chance for those potential applicants who will be ready to submit their applications for inviting the parents to Canada

The PGP Programme for 2017 will have a cap of 10,000 seats only. So it is like  to be a fair chance for those potential applicants who will be ready to submit their applications for the program by the early phase of January next year.

Parent and Grandparent Programme allows existing citizens and permanent residents of Canada to sponsor their parents and grandparents so that they can permanently immigrate to Canada as Canadian residents. The capacity of the PGP for the year of 2017 has been increased to a double of the 2016 intake index and twice of the total number of accepted applications in 2015 and 2014 collectively.

This means that the applicants will get more opportunity to migrate their parents and grandparents from overseas if they go through the application process immediately and with proper care. The program follows priority based seating system, just like first come first served. The caps are expected to fill out within days of the program’s beginning. If we go through this year’s statistics once then we will get to know that more than 14,000 applications were submitted between just January 4, 2016, and January 7, 2016. Among all of them, only 10,000 complete applications were reviewed.

Parents and grandparents applying under this program will get the status of Candian permanent resident. Furthermore, they can also apply for the citizenship of Canada. However, for this, they will require a sponsor who is already a citizen or permanent resident of Canada. He/She needs to meet certain requirement to be eligible for sponsorship such as being adult (aged 18 years or above) and meeting the minimum necessary income level for this program by submitting three consecutive years’ income certificate along with notices of assessment issued by the Canadian Revenue Agency (CRA) in support of their sponsorship.

After meeting the income requirement, the sponsor, and sponsored ones must come under a sponsorship agreement which states that the sponsor will provide financial support to the sponsored party for up to 20 years without failure. They both need to sign the agreement which also ensures that the person who is going to become a permanent resident will not disobey to make every effort to support themselves.

The regulations of PGP for Quebec is little different than all the other parts of Canada. Here, besides all the provincial requirements, a sponsor needs to satisfy other stakes set by the government of Quebec. Whether a sponsor will be able to satisfy the financial needs of his/her migrant parents and grandparents under PGP is determined by all these quotas. So, a sponsor needs to meet the special income requirement and also needs to sign a sponsorship agreement valid up to 10 years (Instead of 20 years in outside Quebec) if he/she wishes to immigrate his/her parents and grandparents to Quebec. Potential sponsors must apply to the federal government first to satisfy all the essential eligibility and completeness of the application. And then they must apply for the next step to the government of Quebec. It is best to consult a law expert or lawyer before applying for this place.

Another option for those who fails to meet PGP is Super Visa. This multiple-entry visa allows parents and grandparents to come and stay in Canada as long-term visitors. Super Visa usually stays valid up to 10 years. However, the visa holder can get an initial entry in Canada for up to two years. The advantage for Super Visa is mostly it doesn’t take much time for processing.