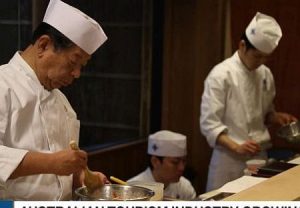 “Australia Chef Shortage Looms due to 457 Visa Crackdown in the coming times. “

For Australia’s food lovers, the slogan of “jobs for Australians first” might be bad news. Australia government’s crackdown on 457 visas is sending fears to Australia restaurant owners.

Australia 457 visas are granted to migrant workers, including cooks and chefs hired by Australian food establishments. They can work in Australia legally through 457 visas.

Australia government alleges that 457 visas are being used for exploitation of chefs from abroad.

Chefs, cooks top 457 visas by Australia–Chefs and cooks are among the top foreigners getting 457 visas, states the data from Australia immigration department—Department of Immigration and Border Protection.

Nearly 3,500 Australia work visas were granted to foreign cooks and chefs. This was followed by programmers(3,000) and medical officers(2,500). Among other professions getting 457 visas include ICY manager/analyst, sales and marketing, software engineers, restaurant manager, university lecturer, management consultant and accountants.

Tourism is booming Industry in Australia and Chefs are in high demand- And Australian industry body has stated that tourism happens to be one of the super five growth areas of Australia. Its second to natural gas only.

As of now, Australia has nearly 95,000 foreigners under Australia short-term work visa scheme. And these foreign workers in Australia are accompanied by nearly 76,000 family members.

Australia government is reviewing the total job categories which allow foreign workers a four-year stay in Australia under Australia 457 sponsored visa process. It has already put nearly 50 jobs on the list for possible removal. These include chefs, lawyers, a range of engineers, medical specialists(cardiologists & anesthetists  and accountants).

The list may get condensed, affirmed Australia immigration minister Peter Dutton. He stated that it will still be required to bring in immigrant workers to Australia.