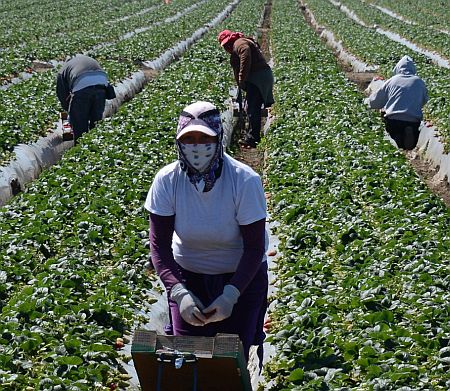 They want the president-elect to favor immigrants.

Farmers in the US want international trade deals and relief from regulations. They have made clear their views of getting support for rural America from the elected leaders. After Trump’s victory, Zippy Duvall, head of the American Farm Bureau Federation, released a statement meant for Trump and other political leaders in the US.

The statement referred to “America’s farmers and ranchers” and “rural Americans” as being the same people.

Turn up for Rural America—American farmers—Its time the newly elected leaders of the US turn up for rural America. This needs to be done by keeping their campaign promises and addressing the issue that concern the people who sent them to Washington, stated Duvall.

Undocumented Immigrants help cheap labor to rural America- These issues are vital for the prosperity of rural America and our ability to protect America’s food supply, he further added. He did not hesitate to convey that the change in US administration brings a lot of excitement along with several challenges and opportunities. However, he felt optimistic about incoming leaders bring some common sense to immigration, economic and regulatory issues, he further commented.

Commenting on the role of American farmers and ranchers, Duvall said that they are working overtime to provide safe and sustainable food supply. Hence, they expect the same amount of diligence from elected leaders for protecting US agriculture. This needs to be done by promotion of innovation and assuring adequate workforce.

In fact, the US government must help immigrants and find a path toward US citizenship for them, stated Kip Tom, a farmer who joined Trump campaign as an advisor on agricultural policy.

Farmers are hopeful that the new US administration shall be able to recognize the strides of agriculture in sustainability and protect farmers’ ability to produce, he maintained.