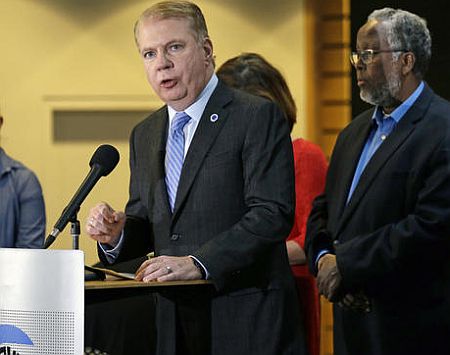 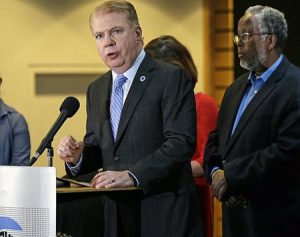 So, this must give reassurance to immigrants fearing deportation following Trump’s recent win in Presidential elections.

“ Several Sanctuary cities of the US have reaffirmed their pledge to offer protection to immigrants from Donald Trump’s Plan. “

This is despite US President-elect Donald Trump’s pledge to withhold millions of dollars in taxpayer money if they don’t cooperate. Mayors of sanctuary cities in the US have stated that they shall fight against the plans for mass deportations.

Bill de Blasio of New York City, Ed Murray of Seattle and Rahm Emanuel of Chicago happen to be among those in US sanctuary cities trying to soothe immigrant woes. Speaking about the issue, Murray said that Seattle is a welcoming city always. So did Bill de Blasio said when affirmed of standing up for immigrants.

New Jersey’s Ras Baraka called Trump’s rhetoric on US immigration as nothing but scary. Rahm Emanuel of Chicago(who served as White House Chief of Staff in the Obama Administration) has reassured immigrant families that Chicago will remain a Sanctuary City.

He stated that people of all backgrounds and faiths are welcome always. So, Chicago will remain committed to its values, he added.

‘Sanctuary Cities’ term not clear—Meanwhile, ‘Sanctuary Cities’ term is not clearly defined. There is no legal definition of this term. It is opposed by some immigration advocates. It refers to jurisdictions that do not co-operate with US ICE(Immigration and Customs Enforcement). It could mean that they do not inform immigration officers when any undocumented immigrant is going to be released from custody.

The term was referred to cities that do not allow employees(including police) from inquiring about immigration status of a person because crime witnesses and victims are unlikely to talk to investigators for the fear of getting deported.