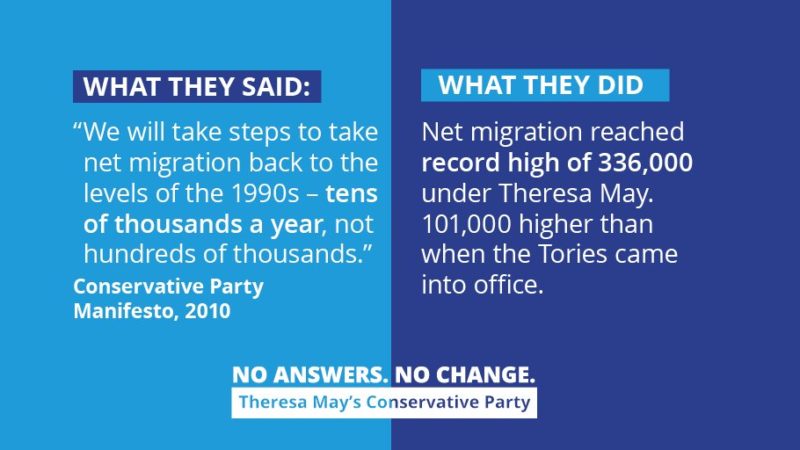 Britain has further hardened its stand on immigration. From refusing to protect the rights of immigrants from European Union to introducing proposal making it mandatory for an employer to disclose non British workers hired, seems like immigrants here are to face some tough time ahead and being an immigrant would be like wearing a badge of shame.

Earlier, the Britain had increased the legal fees to appeal against deportation orders. First refusing entry of new immigrants to making it difficult to hire the existing ones and then making process of appeal unaffordable; preventing foreign students to stay in UK beyond the tenure of their education- voters in favor of Brexit cannot be happier.

Incentives to Businesses to hire Britishers- Amber Rudd’s promised to have a look in immigration policy to ensure businesses get right incentives to hire British Workers for the jobs which British workforce can fill. She did not clarify how she proposes to do this, since even at .present a business proposing to hire a foreign worker has to advertise twice before hiring a non UK citizen. As Liam Fox, International Trade Secretary UK, puts it that these policies are to honor the aspirations of the people who wanted an end to uncontrolled immigration.

While in proposed new immigration policy UK is targeting to have best of International students, the kind of jobs made available to students would discourage even mediocre student from coming in

As the opposition Labour leader Jeremy Corbyn commented that “Theresa May’s vision of Brexit Britain is a deeply ugly one — a country where people are judged not by their ability or their contribution to the common good but by their birthplace or by their passport.”

Backlash forces Rudd to disown her statement- Amber Rudd’s Name and Shame evoked an angry backlash in the business community where she was forced to disown her remarks and said that scrutinizing companies that employ foreign workers is “not something we’re definitely going to do.”

UK is probably the only country where the worker Visa carries the stamp that you will have no access to state assistance. Thus the immigrant workers may live and work in UK, but can expect no government help
Impact of Hard Approach towards EU Immigrants in Britain- with this hard stance towards, EU immigrants, Britain’s financial industry could lose upto £38 billion

Are the Anti Immigration Proposals driven by populism rather than evidence.

Apart from controlling the number of immigrants coming in, other proposals of Theresa May Government include training of UK workforce to make them suitable for the jobs, full funded health system, and more investments in industry and making easy availability of finance to new businesses to support them

Nothing wrong with above; good to boost local industry, but the way anti immigrant sentiment is whipped up, it is feared that it may not lead to state sponsored anti immigrant rhetoric