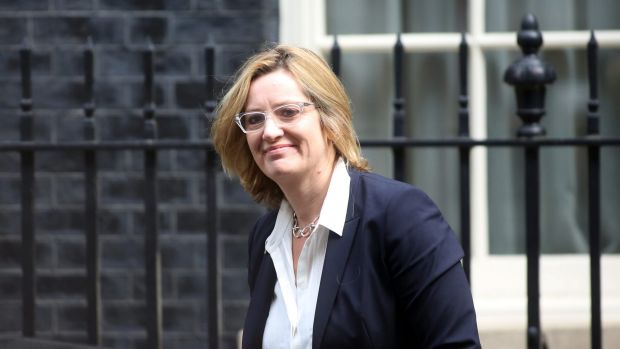 Mrs Amber Rudd, Home Secretary made clear that unless UK is able to Control Immigration, they will not be judged in good light

Over the last ten years, UK has already made its immigration quite tough. The reason is simple, unlike Australia or Canada, UK does not have vast areas that need to be developed not it has large industrial base

That is why, the only class of immigrants that is able to get immigration faster in UK is Investor Category, those who can set up industry and rather be able to provide employment to others as well

Brexit to be completed by 2019- UK to ensure immigrants from EO are not displaced- This was made clear by British Prime Minister Theresa May that she is not going to accept any limits on Britain’s ability to control immigration while leaving European Union expected to start by the end of March 2017. The process would be completed by 2019, i.e. within two years, and one year before the elections due in Britain.

Britain to ensure that students Visas are issued only to brightest- would it not harm Education Industry in UK- In any case, the brightest Minds do not opt for UK as education destination- Home Secretary Mrs Rudd ruled out easier immigration to UK for Australians

She made it clear that she would not be guided by the notion of “Soft Brexit” allowing for free movement of EU workers with interest to having free access to EU market adding that Britain would have complete control over all issues ranging from labeling the food to deciding the immigration policies. She added that Britain would have clear understanding with EU members on law enforcement, free trade and to have free access to European markets for UK products

Meanwhile Home Secretary Mrs Rudd hinted to control Students Visa- Addressing another gathering, the Home Secretary, Mr. Rudd said she would be judged very harshly if she cannot control the number of immigrants coming in. Even the student’s visas would be restricted to ensure that only the brightest of the lot can come in.

She appeared softer on EU immigrants as she said that she would be against any curbs to free movement of EU migrants so that no damage to economy is done and that highly-skilled and key workers will be exempted.

She also rejected calls by Boris Johnson during the EU referendum campaign to make it easier for Australians to come to Britain after Brexit.