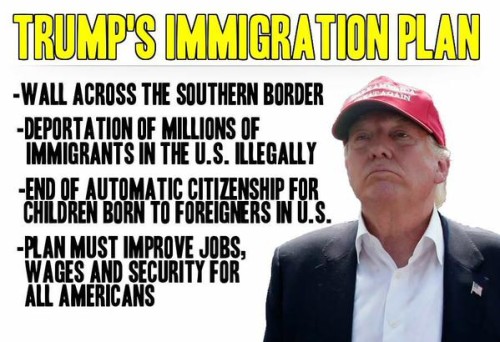 Donald Trump Winning US Presidential elections, will benefit Canada too

With the closure of the Presidential debate, the question that has taken a great measure of speculations among the western countries is whether Donald Trump will become the next President of USA or not. As the signs are emerging, many political pundits have ruled out the chances of this Republican leader and real estate emperor of turning the tables against his rival: Democratic nominee Hillary Clinton. According to these critics, Trump being the President can be a good for the future of Canada, both socially and economically.

Among Trump’s favorite agendas on which he has raised his voice are Taxes, Trade & Commerce, economy and above all is immigration and his attitude to control it. His ‘Immigration Reform’ policy has many intriguing features.

All these points point to single notation: that a country without a lawful pursuit for its inner and border situations cannot achieve good growth rate and any immigration plan must focus on improving jobs, wages, and security for all the citizens of the country.

Trump Wining US Elections will help stem tide of illegal immigrants from Mexico, may stem brain drain to US

How Canada would gain with his plans-
His culminated solutions and targeted goals associated with the immigration reform seem to be much fruitful for U.S. as well for its companion in North: Canada, too.

According to his immigration reform plan, the first thing on which he is putting up great emphasis is calling for a wall to be built between Mexico and the United States, and demanding the deportation of undocumented immigrants. This reform, if implemented, will eventually be beneficial for Canada as well. The strategists see this as Canada’s advantage relative to the U.S. as major of the illegal immigrants will be thrown back to Mexico. Trump plans to make Mexico pay for the wall as well.

According to them, with this measure, much of the cash outflow and black marketing of Canada’s seed elements would be controlled and the Canadians would get better opportunities.

Besides these, Trump has moved on to the question of Muslim immigration as well.

There are few who believe that often high-performing individuals in professional fields and industries are lured by Industries in USA on the promise of higher pay, as- “brain drain” of the country. They now speculate Canada benefiting from a brain gain instead, with Trump’s proposed immigration plan.

According to these strategists, not only would Canada stand to benefit from increased access to skilled immigrant professionals and laborers, but also would have increased access to lower cost unskilled workers as the US market is going to be less hospitable to immigrants overall. Therefore, with this, Canada is expected to grow in both ways, economically and socially.