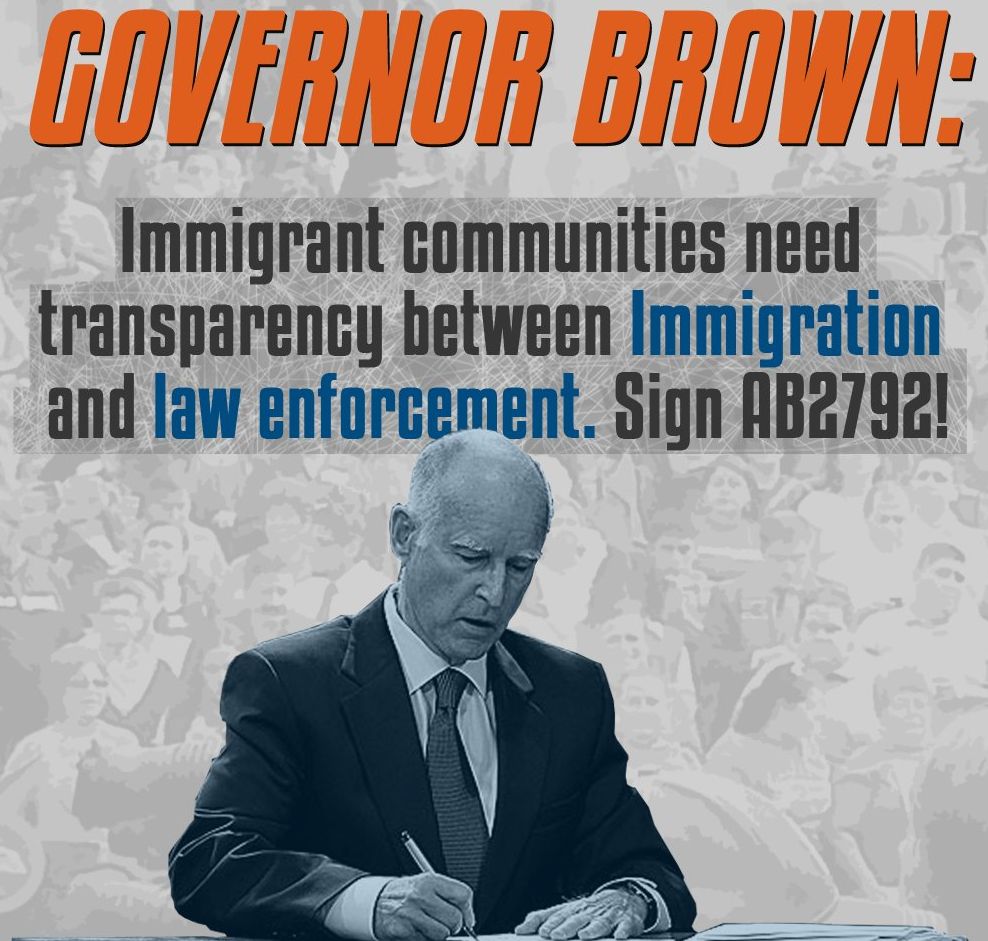 Bill 2792 in California has now become law. For those, not aware of it, it lays down the process to deport illegal immigrants from California, USA.

The law as approved, provides that the Police can hand over the illegal immigrant to Immigration Department to deport and in certain conditions can update the same in public forums. Earlier in draft form, it provided for public approval

The Act AB2792, in its original version had provided for public approval before Police handed over the illegal immigrant to Immigration department to deport him. This could have put severe constraints on Police to deport immigrants and may have failed on many occasions. Keeping this in mind, the necessary amends were made after discussions with Gov. Jerry Brown, who after signing the bill said that the bill now reflects a measured approach to due process and transparency principles.

The anti immigrants groups opposing illegal immigrants have hailed the bill. Their views were echoed by Jon Rodney spokesman for the California Immigrant Policy Center, who said, “California must do much more to ease the pain of harsh deportations that continue to demonize and devastate communities across the state. Harsh deportations stemming from the tangling of police and ICE – an unaccountable agency with a long track record of deceiving the public – are causing pain and suffering across California.”

Now as per the provisions of the bill, AB 2792, a written consent form duly signed by the detainee is required before ICE officials can interview them and such interview will be open to inspection by public records laws.

To protect the interest of the detainees, the law requires cities where police or sheriff’s departments give inmates to ICE to hold public forums. However in such forums, law enforcement agencies are not legally obligated to attend.
ICE has refused to comment on new law