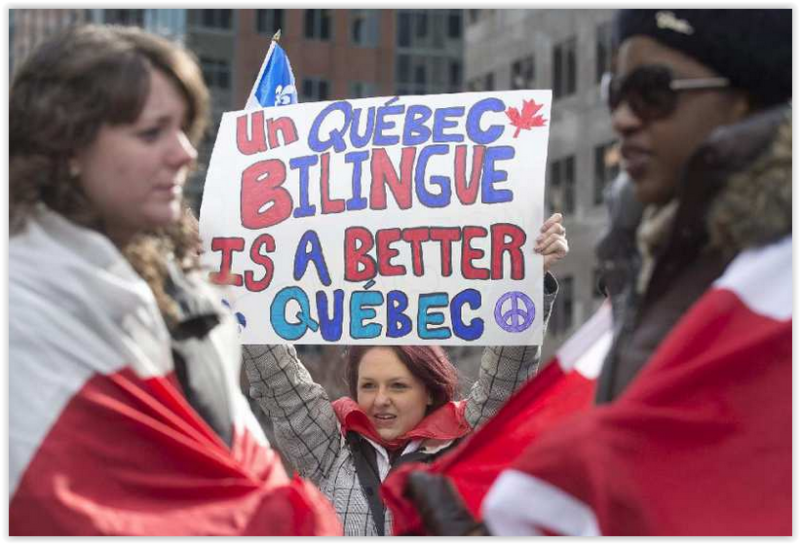 Language barrier, Discrimination on basis of ethnicity are some reasons that prompt immigrants to leave Quebec

Immigration Minister John McCallum has often commented that last thing he would appreciate that a new immigrant lands in Vancouver or Toronto. The recent upsurge in property prices in these cities is also attributed to the “foreign money” that immigrants bring along.

Last week he also lamented, while addressing a gathering, how people opting in Quebec Provincial Program, after landing in Canada start looking for other provinces to settle.

Mr McCallum, have you tried looking the other side of the picture as well?

Have you tried to understand why some immigrants having not opted for Manitoba, another not so developed province, opt to settle for Manitoba and why those committed for Quebec, leave it at first opportunity?

Reasons would not be hard to guess.

Recent Report by Institut de recherche et d’informations socioéconomiques (IRIS) published yesterday confirmed the complaints by immigrants that they face discrimination on the job market. While this discrimination is being faced in many provinces, it is more pronounced in Quebec. Julia Posca, author of the report, in an interview yesterday said that, “There are discriminatory biases during hiring and, when we compare the situation of immigrants in Quebec and in the other Canadian provinces, we see that it’s here that their situation is the most difficult”.

Higher Unemployment rate among Immigrants- While unemployment rate for Canadian borne immigrants is 17% in Quebec, for immigrants it is 28%. If you go deep, the rate of 28% will touch 38% or even more if you consider that many employed immigrants have in fact settled for much lower job commensurate with their qualifications and experience. Though there is no collated data on this aspect, general estimates are there that immigrants generally get 30% lower salary than their Canadian borne counterparts

However, to be fair to other side of the argument, Quebec recently has been receiving more immigrants as compared to other provinces and as the immigrants take few months to settle down in a job, the high unemployment rate could be a short term phenomenon.

In British Columbia, the unemployment rate for immigrants is 19% while in Alberta it is24%. Many immigrants have complained that their CVs often get dropped on the basis of their surnames.

Start French Language Courses for Immigrants-To help immigrants settle faster in Quebec and to stem the outflow of immigrants to other provinces, Government may do well to impart French language training to the immigrants and start programs that help close the cultural gaps and help integrating immigrants in communities.

The problem is not just limited to educated professionals immigrating to Quebec. Even the immigrants working in farm lands have been complaining about poor health care benefits and denial of basic human rights as workers as available to other persons of Canadian origin.

Though, true to some extent in other Canadian provinces, in Quebec the trend is more pronounced. Complaints of lack of health care facilities, exploitation by employers on threat of getting them deported, less than minimum wage payments abound.