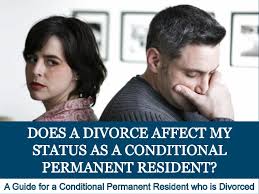 In October 2012, the federal government in Canada announced a new rule for conditional permanent residence for marital partners and spouses.

This Immigration and Refugee Protection Regulations applies these three things to be true to become a Conditional Permanent Resident.

Several Women’s Right activists have asked John McCallum, the Immigration Minister of Canada to change the rules of spousal sponsorship. The reason behind was that the women and the minority classes were penalized by their sponsors. The abused partners were forced to live in the abused relationship as they feared off losing their conditional permanent residence in Canada.

After considering this aspect the Immigration Minister John McCallum has proposed the amended rule. According to the revised rule, the sponsored spouses will be given the conditional permanent residence immediately after arriving in Canada. With this amendment, the women and their children will be saved from the abusive relationship as they are no longer dependent on the sponsors.

However, the minister acknowledged that the rule of Conditional Permanent Residence was made by the previous Conservative government to deal with the marriage fraud or issues related to “marriage of convenience.”