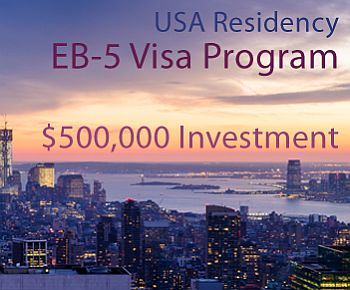 United States, 21st September: Foreigners are worried as the US EB-5 visa program is all set to end. 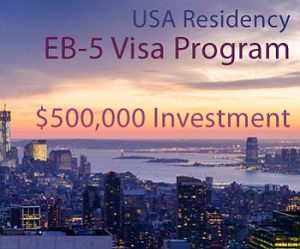 “ Foreigners are a worried lot over the end of the US EB-5 visa program by September end.”

So, its official now. A contentious US Visa program will be expiring in September this year. This is going to happen unless any steps are taken by Congress to extend it.

US EB-5 visa program—US EB-5 visa program enables foreign investors or immigrant investors to get US citizenship. They need to invest $500,000 or more than $1 million for financing a business. The business must employ, directly or indirectly, not less than 10 Americans in economical weak regions.

Allegations leading to end of US EB-5 visa program—Yes, that is quite true. A host of allegations about the misuse of the program are leading to its closure this month. Several federal investigators found that attempts for infiltration of the program were made by individuals having connections with Iranian and Chinese intelligence.

Also, it was found that international fugitives laundering money in their home nations got US citizenship through this investor immigration program.

Money, US Citizenship—In simple words, it can be stated that this US immigration program grants US Green Card to rich entrepreneurs, their spouses and their unmarried children aged below 21 years. In addition, they are also given an opportunity to become US citizens. They just need to make investments of half a million dollars in the US. Also, they must make sure that funds or investment must generate not less than ten full-time jobs for qualified Americans.

This US visa is given in lieu of investments. It allows the holder of the US visa a conditional US permanent residency status. The conditions get removed after two years after it becomes US Permanent Green Card that leads to US Citizenship.

Mind your Driving, if you want Long-Term Visa for Canada and USA 2 min read

Diksha Garg 3 weeks ago
2020: H-1B visas for IT professionals in India could face a slump; US companies face the brunt 3 min read

2020: H-1B visas for IT professionals in India could face a slump; US companies face the brunt

Do You Know the Minimum Score Required for Australian PR? 3 min read

Do You Know the Minimum Score Required for Australian PR?

Most Promising Jobs in Canada with their Prevailing Salaries