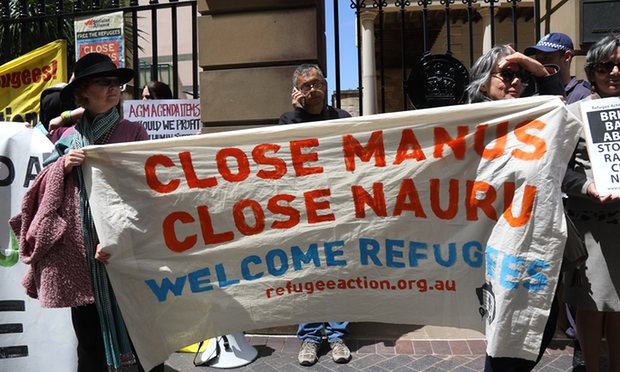 Speaking at United States President Barack Obama’s Leaders’ Summit on Refugees Amnesty International Australia today came down harshly on Australian Prime Minister and advised other countries not to be deceived by Refugee Model that the Prime Minister Malcolm Turnbull is promoting.

Prime Minister Malcolm Turnbull talked about Australia’s tough border control policies as an example of instilling confidence in citizens and dealing with refugees.

Who comes first, Own Citizens safety or Serving refugees? Graham Thom, Amnesty International Australia’s refugee coordinator, called on counties to “see through Turnbull’s deception. He went ahead and termed the same as “model of abuse”. Mr Graham Thom you owe an answer to the Australia. Are you only talking so to discharge your duty or do you really believe so?

What is wrong with toughening the border controls? Mr Thom have you forgotten the terror attack in Australian Café few months back? You also seem to have forgotten terror attacks in France or Belgium.

We Invite readers to share their views in Comments- Which comes first, Safety of Citizens of the Country or Protecting refugees? Can a Country ignore safety keeping in view some refugee elements are quick to exploit the system- Remember Paris attacks

In the given circumstances, it is every Country Head’s job to screen out potential threat elements who could try to sneak in along with genuine refugees.

“It is absolutely shameful to see our Prime Minister stand on the world stage and champion the systematic abuse of thousands of women, children and men on remote islands as a model others should follow,” Thom said in the statement. Continuing he said, “Prime Minister Turnbull says world leaders should look to Australia’s border control policies for inspiration, yet he fails to explain that Australia’s definition of ‘border control’ equates to the Government building a deliberate system of cruel treatment for refugees, and flouting international law.”

Australia has tough measures in place to screen rogue elements in refugees- Australia has detained more than 2,000 asylum seekers and refugees in centers in Papua New Guinea, Nauru and Australia, which is being criticized by Human rights group across the world. These groups have been insisting that Australia must increase its refugee intake capacity to 30000 a year in line with Australia’s capacity

So Far Australia has accepted only 3,532 refugees.