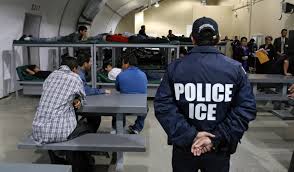 Large number of Immigrants, estimated at about 858 in numbers, who had either been classified under countries of concern to national security or had deportation orders issued against them could successfully exploit the system and get the US citizenship.

This was confirmed by Homeland Security Audit report as released today in US.

The report said that the immigrants used different birth dates and in some cases even different name and applied for US citizenship with U.S. Citizenship and Immigration Services. These discrepancies went undiscovered as their fingerprints or other biometric information was missing from government databases.

Many of these immigrants could have got citizenship even otherwise- However, not all the suspects were to be deported and some could have been ultimately qualified for citizenship. Also the lack of biometric data is not a fraud that can be attributed to them

The report neither identified the countries which had been labeled as “Special Interest Countries” nor identified any immigrant by name. However every such case for the moment is being considered as a case of fraud to screen all such approvals as many of these could be hardened criminals.

Many of these Immigrants are now holding sensitive posts, with at least three of them being law enforcement officers

INS or FBI never updated biometric records- The goofup happened as older, paper records were never added to fingerprint databases created either by Immigration and Naturalization Service or by FBI. The DHS agency responsible for finding and deporting immigrants living in the country illegally, didn’t add digital fingerprint records of immigrants whom agents encountered until 2010.

What is more disturbing is the fact that Government agencies were aware of large nuber of immigrants many of them in this list who had been using a different name or other biographical information to gain citizenship or other immigration benefits.