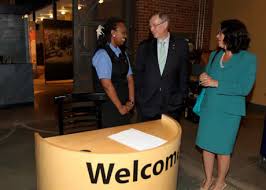 The new guidelines of the banks of Canada now favor foreign migrants, because they do not need to prove the source of their income, and still qualify for the uninsured mortgage loans from Canadian banks.

Now, foreign clients who have no credit history can go for an uninsured mortgage in Canadian banks.

The Globe and Mail has reviewed the Bank of Montreal and Scotiabank internal documents which showed the rule for foreign migrants is exceptional from the regular rules which mean rules are not the same for the foreign and Canadian clients. For the foreign clients who make the down payment of 50% of the property value, the bank officials do not need to verify the sources of income of foreign clients.

How favorable are the new rules for migrants?

These new rules favor foreign migrants, especially who are new to the country, as they make it less arduous for them to obtain loans, and build a good credit score. But while these rules favor foreigners, the Canadians feel it is unfair. This is because it encourages and unintentionally helps the immigrants to access the real estate sector with ease. Also, the new foreign clients can get easier access to the credit, say the critics.

While the banks were reprimanded for low foreign income, these rules that favor foreign migrants can bring in more revenue to the banks and the country. But there are few things of concern.

Furthermore, when the other big banks like TD Canada Trust, CIBC, RBC, and HSBC were surveyed by The Globe they also showed no specific conditions for the verification of income of foreign clients.

BMO states that it assesses each individual carefully, and there are multiple factors involved in verification, and Scotiabank has meticulousness involved in other areas to compensate these new rules that favor migrants. But, still, the criticism that it is unfair for the locals, and it would raise the value of the property intensely hangs on the minds of the critics and the locals of Canada.