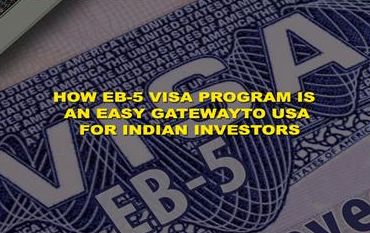 Quebec is the second largest province in Canada, which provides secure Quebec investment immigration program, run only by the Canada. It is a guaranteed investment scheme and more over its stability and affordable options have made this program successful and popular for the people who love to stay in Canada.

Quebec Investment Immigration Program is the highly demanded program but, at the same time it is the risk-free investment, you can access permanent Canadian residency by investing in this program. But this became complex with its strict document verification process and selections. And it became more expensive and time taking process for getting approved.

Same as Quebec Investment Immigration Program, EB-5 is the major investment program in United States, which is the program for the employment-based 5th preference visa services. Entrepreneurs can claim permanent residence service i.e., as Green Card holders, if they can invest with the necessary documents and should have at least 10 US residents as employers.

EB-5 is mostly preferred by the Chinese Citizens, who prefer to stay at United States for a development in their career and for the welfare of their family. It is the only option for claiming Green Card to stay as permanent resident in US, by the investing scheme, which is obviously suit to the wealthy citizens rather than common people.

For Quebec Investment Immigration Program, investment amount is CAD 800,000, which would be redeemable after 5 years of period time without any interest. As Canadian Government invests in this program, it would be risk free program and we can also finance 220,000 CAD, which is not refundable.

Whereas, in EB-5, we should invest USD 500,000 or can finance of USD 1 million amount and also should provide at least 10 jobs for US residents and risk investment.

In QIIP, you should have CAD 1.6 million net worth and must have all assets and income declaration. And the duration of investment should be 5 years.

In EB-5, there is no mandatory requirement of net worth to invest, and you should have a legal document of the amount from where you bought for investing. The time period of the investment is determined by the project but, it would be 5 or 6 years mostly.

In QIIP, they certify with the selection as Quebec, and then the application is used to apply for the permanent resident of Canada and there won’t be any other conditions like removal of visa or any other steps.

In EB-5, they provide Green Card, with the condition of removing after 2 years. Apart of that, they allocate 10,000 visas yearly which include spouses and also dependent children.