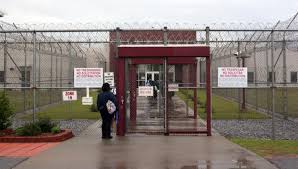 Private prisons are agencies which have contracts with government for handling confined or death sentenced prisons. For such services, private prison companies pay for the government either for individual person or for the number of places available even if it is empty. These contracts are made by government with private prison agencies.

But from the past 10 years, there was a rapid change in the population of inmates in private prisons. The exact reason for this growth is because, private prisons make slaves of corporate industries as the count of refugees and illegal immigrants has increased and if any inmates refuse to work their prison life would be increased or even for life time.

This type of political schemes, have been increased at once, and corporate companies are making inmates as slaves with less wages. Private prisons were maintaining only through this scheme. To maintain the private prison, they lengthen the imprisonment period (especially of illegal immigrants) even they were charged for lesser period.

The slavery work which is done by the prisoners has made profit, hence they seek to have incarceration of more prisoners to make them work and earn money. This made an issue by Human Rights Organizations, and raised many questions, which made everybody think about it. When there were crimes in the city was less then, why the prisoner population in the private prisons was high?

This question was revolved around everybody, and then doing certain interrogations, The Department of Homeland Security announced that there will be an end for the private prisons usage, as the Justice Department also supported and decided for this verdict.

Homeland Security secretary, Jeh Johnson told his department to report about the private prisons contracts circumstances and its securities. He can also take decision of ending up contracts with private prison companies in the mean while, and then take wise action of fraud companies.

In the report, they should specify proper details like security of the private prisons, their timings, facilities, and their state of punishment for indiscipline actions, etc and are all should be considered and action should be taken strictly so that other private prisons should not repeat.

Over 62% of inmates were held captive in private prisons under Homeland Security contract. Now, all these information should be re-studied and check the prisoner’s punishment period and then rectify their mistakes.

It is better to end relation with private prisons and the one who are already in contract, those companies renewal should be rejected. US President Obama have studied the reports and operation major machinery action in freaking out the wrong ones, which are misusing their authorities.