Yes, as per the details, a new Canada immigration policy to attract foreign students is being proposed. 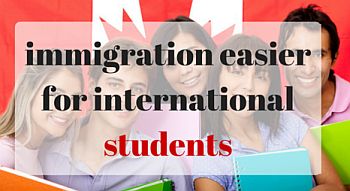 A new Canada immigration policy is being proposed to attract more foreign students to come and live in Canada.

The new policy is likely to be introduced in the fall, McCallum stated.

Such barriers slow down the things, the immigration minister stated. The new Canada immigration policy will be helpful in promoting immigrants from different corners of the world.

McCallum also hinted at introduction of a new bio-method system soon. For this, he plans to add five new centers for facilitating this step.

Want a US Visa, Provide your Social Media Details