Yes, this has been done by Australia in a latest move to lure more and more Indonesia to come to Australia. 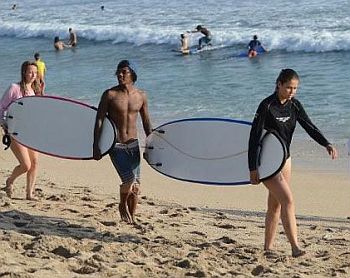 <blockquote> New Australia visa rules have been announced for Indonesia tourists in a latest step by Australia government. </blockquote>

It will mean an extension of the current Australia one-year visa for Indonesians. Just 150,200 Indonesians came to Australia for holidaying in the year 2014. This needs to be worth mentioned keeping in view that its only four hours away from Indonesia. That’s because Indonesians considered getting an Australian visa too difficult, stated Australia tourism minister Richard Colbeck.

Hence, the aim of Australia is to remove such a wrong conception in the minds of Indonesians wanting to visit Australia. Australia government wants to make the nation a favored destination by removing such irritants, affirmed Australia tourism minister.

Australia will expand online visa application process for all Indonesian nationals by the year 2017. This will further lead to simplification of Australia visa rules. Currently, Indonesian tourists are required to pay nearly $100 and fill out 15 page forms for getting an Australian visa.

While the number of Indonesian tourists visiting Australia for holidaying in the year 2014 was nearly 85,000. And nearly 2.5 million Indonesian citizens went to Malaysia and 2 million visited Singapore during the year 2015.