As per the new ruling, all British travellers shall be required to apply online for coming to Canada next year. 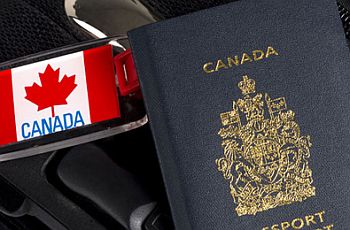 Canada announces new online entry rule for British travellers—British travellers shall have to apply online for coming to Canada with effect from next year, i.e. 2016. This has been announced by Canada government.

<blockquote> Canada has announced that with effect from 2016, all Britons coming to Canada shall have to apply online. </blockquote>

The cost of getting an eTA is $7(Canada dollars). The good thing about eTA is that applicants get permission within a short span of just a couple of minutes of applying. Details like biographic, passport and other personal information shall be provided through the website.

The latest ruling shall enable Canada government to screen all travellers before their arrival into Canada. The validity duration of the authorization is five years or the date of the expiry of your passport, whichever is earlier. The authorization has been linked to your passport electronically.

So, you need to carry your passport along and can enter Canada as many times within the validity period of your eTA.

The US already has such a ruling where in visa-exempt visitors are required to get an ESTA(Electronic System for Travel Authorization) before flying to the US.

As of now, Canada does not have any such ruling for the UK travellers since tourists are not required to have a visa of any kind for coming to Canada.

The official website for making an online application for eTA has been live since the beginning of August this year.

Non Britons, longer stay duration may require a visa—For non-Britons and those wanting to stay in Canada for a longer duration, it is must to check all the rules and requirements from the Canada High Commission before commencing their travel to Canada. That’s because such travellers may need a visa for coming to Canada.

Moreover, the Foreign Office has clearly stated that all foreign travellers between the US and Canada must check their visa rules with the concerned embassies before beginning their travel.