Yes, this is quite likely. 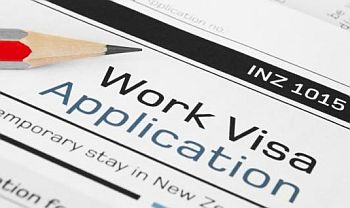 This has been announced by New Zealand PM John Key’s government.

<blockquote> New rules for New Zealand immigration will prove to be a big boost for Indian skilled workers wanting to come, settle and work in New Zealand outside Auckland. </blockquote>

As per a recent report, fresh New Zealand immigration plans are aimed at providing a boost to provinces facing massive skills mismatch.

It is quite good thing to offer migrants coming to New Zealand an opportunity to make use of their skill sets for development of regional areas rather than just letting them move to already densely populated in bigger cities.

Patel further said that most of Indians coming to New Zealand for working here opt to move to big cities for employment and social life. So, this latest step by New Zealand government is to help opportunity to those having skills required by regions.

Details of new rules for New Zealand Immigration—As per the details, new rules will lead to increased bonus points on residency requests. So, skilled foreign workers taking up jobs in regional areas of New Zealand or set up businesses there will be provided more points. These points will be used to calculate whether requests for New Zealand residency be approved or not.

As per current New Zealand immigration rules, those getting a job offer outside Auckland are offered 10 bonus points for their residency application. However, from November this year, these bonus points shall triple to become 30 points for the 100 points needed by them.

A commitment will be required by such foreign workers to live in the region for a period of one year from the current requirement of three months.

Every year, an increasing number of Indians come to New Zealand for studying and working here.