United States, 28th July: A Federal Judge has ordered the US to immediately release the detained immigrant children as well as their parents currently withheld in detention centers.

The US District Judge stated that such detentions were in complete violation of the main provisions of an earlier US court settlement. 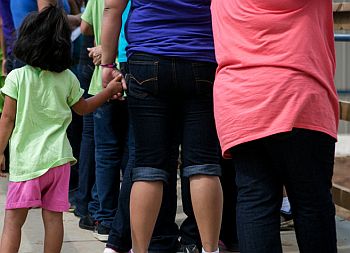 The US Judge said such detentions are wholly against an 18-year old court order that had announced restrictions on detaining immigrant children in the US.

Unlawful detention—says US Judge–As per the reports, the US president is currently detaining nearly 1,700 parents as well as their children at three US detention centers. While two such immigrant detention centers are in Texas, one happens to be in Pennsylvania.

Condemning the US federal officials, Gee in a 25 page ruling, said that children were being kept in substandard conditions at two US detention centers, in Texas. In the holding cells of Border Patrol stations in the US, the conditions were very deplorable and widespread, she further affirmed.

Not only that, even the minimum standards required for sanitary and safety of the holding cells were not met by these detention centers, she complained.

So, its quite evident that detention of children and their mothers caught crossing over the border unlawfully by Obama administration were a serious violation of the court settlement. The families need to be released as early as possible, she maintained.

It’s a clear contradiction of the detention policies recommended by Jeh Johnson, US Homeland Security Secretary. The officials, Judge Gee claimed, had clearly failed to follow the unambiguous settlement terms.

Family detention centers in Texas are a material breach of conditions needing minors to be placed in detention facilities that are licensed to take care of such children and not to be secured like prisons. It needs to be further mentioned that many children and women were kept stalled behind bleak walls leading to depression and anxiety in mothers and their children.