Foreign students are no more allowed for working in UK and kicked out after completion of their courses under a “visa fraud crackdown” on illegal immigration. This tough action was ordered by ministers of UK in order to stop colleges or institutes being used as a hidden way to the jobs market.

Leave after completion of course

The scam can be stopped by if they do not allow non-EU students to work or applying for extension for a visa when the course is finished. Student visa immigration is very common way to enter America and Britain. Most of the illegal immigrants follow this way to enter UK in order to get job. It has seen that these students do not attend classes and focus on the jobs in market. These foreign students focus on doing work rather attending classes for the course they got visa. Before coming to these countries, students are advised to take guidance from immigration lawyers. 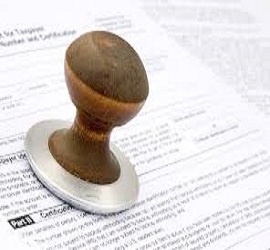 Non-EU students who take admission in publicly funded institutes may not work for more than 10 hours a week. These students will be stripped of the right to work and their length of stay has been cut from 3 to 2 years. These ministers do not want these non-EU students to apply for work visas unless these students leave the country first.

Foreign students will need a registration with any Universities of the country before the extension of their studies in the UK. These rules and regulations are being tightened because some officials detected the signs of increased frauds in future as some publicly funded institutes offer vocational courses and A-level. Around 870 private colleges might be barred by Home Secretary (Theresa) from accepting non-EU students since 2010, but she was not allowed to go further by former Deputy PM.

According to Ministers “there will be a reduction in visa fraud by taking these steps and soon closing down such privately funded colleges “bogus colleges” will reduce illegal immigrants to enter UK. It has been found that there are approximately 5,000 foreign students (non-EU students) at publicly funded institutes; most of them are studying for A-levels and vocational courses before applying to the universities.

The main goal of new “crackdown on visa fraud” is ensuring that foreign students use visas only for study not for getting job in the market.

Thanks for learning, now go back to home.