The provincial government in Saskatchewan has come up with a new policy for addressing the skilled labor shortage in the area. Skilled personnel from other countries desirous of immigrating to Canada will be given preference over other applicants in the queue of immigration applications.

Federal government has an express immigration system, which is divided into four streams, i.e., 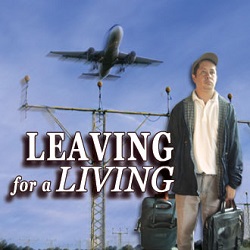 Points to be Awarded for Nomination

Candidates applying for immigration and Canadian citizenship are ranked under Express Entry system by the federal government based on factors such as language proficiency, experience in work, Canadian job, etc.  Nomination by the provincial government adds 600 points to such point accumulation.

SINP will increase the number of skilled workers immigrating to Saskatchewan by giving them preference over other applicants. Labor ministry is looking forward to addressing the shortage in management jobs and technical professions.  Professionals such as mechanical engineers and machinists will, therefore, find it easier to find employment in Canada. It is not as if the country is in a rush to award citizenships. After being nominated under SINP, the process may still take about 16 to 42 months. The only advantage is that these skilled workers can bypass others who are not trained and qualified. Saskatchewan province has an aging population that has created this shortage of qualified personnel in the province.

There are many advantages of becoming Canadian citizens. Canada health care is one of the most envied health care systems across the world. English and French are the two major languages spoken here. Cost of living is comparable to that in the US and cheaper than some of the European countries. Recently, the country has removed many of the bottlenecks that delayed immigration to Canada, and clarified on ambiguities. Saskatchewan’s SINP is another move in the direction to meet the demands of the skilled workers as with the new Saskatchewan Express Entry Category more people will apply to become the permanent resident of Canada.