A new guidance has been announced by the US ICE(Immigration and Customs Enforcement) for detaining transgender immigrants. 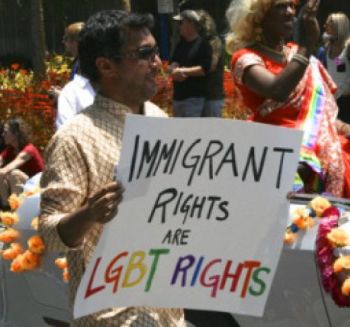 Let us see the new US immigration details announced by the ICE agency for detention of transgender immigrants.

<blockquote> New US immigration rules by the ICE have been announced for transgender immigrants. </blockquote>

This is a great and an important step by the US ICE towards transgender rights.

Details reveal that transgender immigrants will be allowed to reside in a facility corresponding to the preferred gender identity.

Detention officials will be under directions to cater to the individuals by their preferred pronouns and not to search any detainee for knowing his or her assigned gender.

As per the ERO Executive Assistant Director of IEC Thomas Homan, the Transgender Care Memorandum is reaffirming the commitment of the ICE to offer a secure, safe and a respectful environment for all the detainees in their custody. This also includes individuals who identify themselves as transgender.

So, all the required tools and resources will be there for ICE workers to know more about the way to interact with transgender people and also make sure there are effective standards for housing and caring for them throughout their custody period.

The latest ruling by the US ICE comes following a recent incident involving interruption by Jennicet Gutierrez of President Obama when a White House pride banquet was being held.

Hence, the ICE memo has reaffirmed that all efforts will be coordinated under the newly formed LGBTI(I for Intersex) for Prevention of Sexual Assault Coordinator as and when needed.

So, new rules are framed with the help of a six-month agency Working Group that looked into the issues with subject matter experts.