Canada’s revised citizenship rules have come into force with effect from 11 June 2015. Valid from that date, new application forms are to be used for becoming the citizen of the country. Some of the Canadian immigration rules have become easier, and few ambiguous matters have been resolved for good. Effectively, the process will now become easier and faster.

What are the New Requirements?

Salient features of this new CIC (Citizenship and Immigration Canada) are-

Clarifications on issue of descent and Canadian citizenship 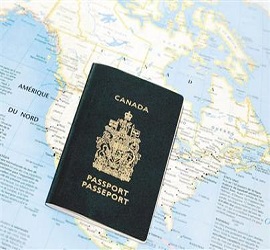 There was some ambiguity on this matter which has been removed now. Consequently,

Other noteworthy provisions of these new citizenship and immigration rules in Canada include stiff penalties for false statements, fake documents, and/or misrepresentation.

There are several advantages of such citizenship such as eligibility for Canadian Health Care. But the country welcomes immigrants. Canadian embassy can provide necessary information such as the possibility of finding a Canada job, and relevant work permit requirements. This office also provides details about Canada visa and cost of living in the country so that the person keen on migrating to this country becomes aware of conditions there.

For many Canadians who have lived in foreign countries, these rules will come as a great respite. The immigration authorities will also be able to move their work faster because issues of Canadian descent have been clarified. Effectively, others planning immigration to Canada would find that their applications are also moving faster now. More details can be collected from Canada Immigration Office or Canadian embassy.