As per the details, it is aimed at reducing the immigration levels to ‘tens of thousands’. 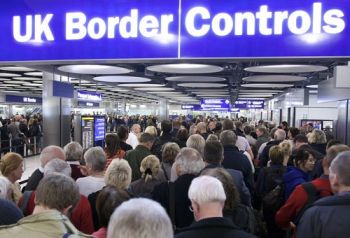 <blockquote> UK Immigration Taskforce has been announced for reducing immigration levels in the UK. </blockquote>

The immigration levels in the UK will be reduced to around 100,000 each year.

In addition, the UK Immigration taskforce will also aim at lowering the number of skilled immigrants coming to the UK from non-EU nations. Those coming to fill vacant job positions for UK Tier 2 Shortage Occupation List will be specially targeted under the UK immigration taskforce.

There has been an increase of 9 percent in the year 2014 in the number of UK work visas including UK Tier 5 Youth Mobility visas and UK Tier 2 visas over the last year.

It may be worth mentioned that a large number of skilled foreigners come to the UK for filling job positions of teachers, nurses, engineers etc under UK Tier 2 visas.

UK announces EU changes—It may be worth noted that UK PM Cameron also has measures for reducing the incentives available to foreigners coming from EU nations. So, the UK will be aiming to reform welfare norms for migrants from EU nations.

An increased number of migrants from EU nations claim welfare benefits after coming to the UK. This is creating increased burden on the UK social services. EU citizens come to the UK and claim jobless and disability benefits. The total percentage of EU migrants in the UK taskforce is stated to be nearly 5 percent while nearly 4 percent of EU migrants claim jobless benefits in the UK.