United Kingdom, 11th May: The UK will get compelled to accept more Mediterranean migrants as the EU backs quota system. 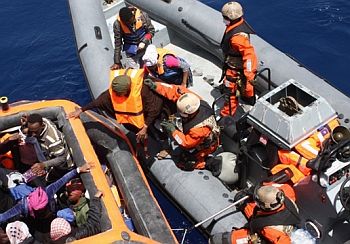 EU planning to allow 20,000 migrants annually—As per a plan being considered in Brussels, EU is considering to distribute migrants among different EU states. This would be done on the basis of the size of the population, jobless rates, strength of the economy and refugees already taken in till date by each nation.

This has been revealed by a latest draft text.

So, it will be an automatic redistribution program for immigrants overcrowding states of southern Europe.

<blockquote> EU is considering a proposal for distribution of immigrants among different EU states soon. </blockquote>

Hence, to solve such a crisis of the migrants, the UN(United Nations) has asked the EU to admit up to 20,000 refugees annually. And such migrants shall be taken directly from the camps situated outside the different EU states including Lebanon and Turkey. Due to the war in Syria, nearly four million migrants have sought refuge in Lebanon or Turkey.

As per Jean-Claude Juncker, the president of European Commission, during the times of emergency, 28 member states shall have to share the responsibility for allowing entry to migrants.

To have a fair and a balanced participation rate of all EU member states, the EU needs to have a permanent system for sharing large number of asylum seekers and refugees among its different member states.

UK opposes mandatory system of resettlement–Meanwhile, the UK Home Office has clarified that the plans are not acceptable. It further maintained that sincere efforts need to stop people traffickers.

It maintained that any EU Commission proposals for introduction of a non-voluntary quota will be opposed by the UK.