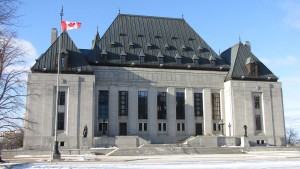 The Supreme Court has ruled against the Quebec government’s decision to bring in changes to certain policies in the Quebec Skilled Worker Program (QSWP). The QSWP is a Canadian immigration program that is based on points assessed according to various factors including the level of language, education and experience.

The Quebec government’s decision to change the QSWP eligibility criteria retroactively was challenged in the court in a case of Stasenko v. MICC. This ruling by the court is a victory for thousands of applicants whose QSWP applications would have been nullified by the new regulations.

Discussions in 30 Seconds hide
1 The Change in a Key Phrase
2 The Exit Door Provided
3 The Case Against the Government
4 Relief to Many Applicants
5 About Post Author
5.1 Binny Kuriakose

The Change in a Key Phrase

A key phrase in a QSWP document checklist released by Quebec authorities in February 2012 stated: “your application for a selection certificate will be processed based on regulations in effect when it was submitted”. But in May 2013, this key phrase was removed, opening up the possibility of all applications being processed based on the latest regulations in place, regardless of the time of its submission.

The changes that came into effect since August 2013 changed the way points would be calculated under the QSWP. According to the new changes, language abilities would now only be approved if the candidate has an advanced or intermediate level. Prior to the change, a candidate with even a basic level of language ability would have been eligible for selection.

Applications for which the preliminary processing had not begun had to be assessed retroactively based on the latest point system. By June 2013, more than 50,000 applications received by the Quebec government for a selection certificate under the QSWP, were affected.

The only open door provided by the authorities for those affected by the changes was the exit door. Those who had applied between 8th of July and the 16th of August were allowed to voluntarily withdraw their applications and obtain a refund. This, inspit of the fact that the government had promised that the applications would be processed on the basis of regulations that were in effect when it was submitted.

The Case Against the Government

A case was registered against the government by an applicant who had applied for the QSWP on April 2013. Her processing fee of CAD$910 was received by the authorities and her file was opened on June 2013. Based on the government promise that was valid when she had submitted her application, her chances of being called for an interview was excellent. But under the new points system she was unlikely to be selected.

Her case was taken up by certain law firms who initiated legal proceeding against the Quebec government to prevent it from implementing the new changes based on the principle of “promissory estoppel” which considers a promise as enforceable by law if the promise was made to someone for whom its timely delivery is detrimental. On April 2015, the Supreme Court ruled in favour of the plaintiff, giving the Quebec government 30 days to make an appeal.

Relief to Many Applicants

It is yet unclear if the ruling only benefits those who have applied between February 2012 and April 2013 and whose application have not yet reached the preliminary processing stage at the time the changes in regulations came into effect. But a great number of applicants who submitted their applications before February 2012 could benefit from a broader interpretation of the ruling.