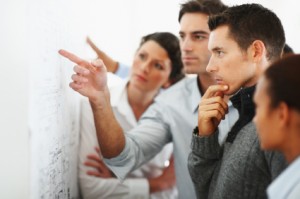 In 2007, the Canadian government started a pilot project called the Canadian Immigrant Integration Program (CIIP) to help train immigrant aspirants. The results were so good that by 2010 the program was made full-fledged.

Through this program the government gets in touch with aspiring immigrants while they are still in their respective countries to help them learn about life and work in Canada. They get to learn about the latest market and job situations and can even learn how to get their qualification and work experience recognised in Canada.

Greatest Hurdle for a New Immigrant

Getting one’s credentials recognised is the greatest barrier new immigrants’ face immediately after arriving in Canada. This is a greater hurdle for those in regulated professions like medical and engineering. Immigrants from the medical, engineering and IT professions are higher in priority for immigration processing as they earn higher points for their education and experience. But once they land in Canada they realise that their profession or experience does not help them get a suitable job soon enough.

Noorani found it the hard way in the winter of 1998, when he arrived in Canada hoping to get a new job and settle down in the new country. With over 23 years work experience in the field of marketing and advertising in multinational companies like Coca Cola and BMW in a place like Dubai, getting a suitable job should have been easy for Noorani. But it was not to be so. It took him four months to get a suitable job in line with his experience. Till then he had to do a night-shift job as a telemarketer, earning just $8 per hour, to meet his ends.

This experience led Noorani to start a magazine titled “Canadian Immigrant” in the year 2004. He went on to contribute to the Canadian government’s official “Welcome to Canada” guide for new immigrants. He later started a company that gives pre-arrival training to aspiring immigrants and extends help in job search for them.

Explaining the reasons behind starting his company Noorani explains: “The best time to talk to an immigrant is when they are in their home country. Otherwise what happens is they land here and they get that deer in the headlights look”.

The CIIP partners with organisations like Noorani’s from across Canada to conduct pre-arrival programmes. From its inception till date they have trained more than thirty thousand people. But considering the fact that about 940,000 immigrants came to Canada within this period, those who were trained comprises only 3.2% of the total.

The government would like to do more to reach out to a larger percentage of immigrants in providing pre-arrival training programs across Canada. The Federal Budget of 2015 has made provisions for $35 million to make the Foreign Credential Recognition Loans pilot project into a permanent, full-fledged one.

The government initiated a panel of experts in September 2014 to study the difficulties new immigrants face in Canada. Noorani, who advises the federal government on immigration matters, was one of the panellists. In April 2015 they reported to the government that the greatest difficulty faced by a new immigrant in Canada is in getting their credentials recognised and in finding a job that matches their qualifications.

The findings of the panel was announced in the Canadian Immigration Summit in Ottawa, after which the Minister of Employment and Social Development, Mr Pierre Poilievre, earmarked $7 million to fund projects that would help doctors and engineers to get their credentials efficiently and swiftly recognised in Canada. “All levels of government need to adopt more common-sense approaches that help newcomers take on meaningful work more quickly”, said the minister, encouraging provincial governments to pick up the lead.

Having a pre-arrival training gives new immigrants an edge over others as they have all the possibilities worked out. It is like being trained in advance for a new job. Pre-arrival training also helps the economy as valuable work hours of highly skilled professionals like doctors and engineers wont be lost searching for jobs or doing unrelated ones.