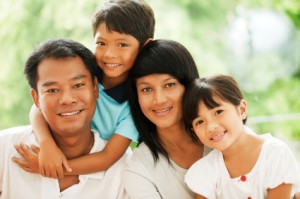 Canada is now rectifying some flaws it had in its earlier Immigration and Refugee Protection Regulations policy, which was formulated to protect family members who migrate under the Family Class, from being subject to family violence, by preventing sponsors who are convicted of violence and sexual offence against family members, from sponsoring other members of the family.

But a recent case exposed a gaping loophole in the policy when a person who was convicted of killing his brother’s wife was allowed to sponsor his own wife because the court could not consider one’s brother’s wife under “members of the family”.

The reason behind this loophole is the way the term “family” is interpreted in the western context. In India, where the above mentioned case had occurred, brother’s wife is considered as part of family, but not so in Canada. This in effect would mean that a person, who is convicted of abuse or murder of those outside the purview of “member of family” under the western concept, is eligible to sponsor members of his family. This brought out a rethink and complete restructuring of the policy.

According to the restructured policy, a person who has committed an offence against anyone and is liable to be punished with a maximum 10 years of imprisonment is now barred from sponsoring a member of the family under the Family Class. This policy change is now similar to the existing prohibitions under the sexual convictions policies.

A person who is barred from sponsorship of a member of the family under the Family Class because of an act of violence against someone remains barred till he or she is acquitted or pardoned or if there is a gap of five years after the completion of a sentence.

The renewed list of people brought under the prospect of “members of family” against whom acts of violence by prospective sponsors can result in a bar in sponsorship include:

·   The sponsor’s ex-spouse or ex-partner and their children;

·   The ex-spouse of the sponsor’s current spouse or partner and their children;

·   The partner or ex-partner of the sponsor’s brother/sister, parent/grandparent, aunt/uncle, or cousin;

·    The spouse or ex-spouse of the partner’s brother/sister, parent/grandparent, aunt/uncle, or cousin;

·    A foster child under the current or former care and control of the sponsor or their current or ex-spouse or partner; and

·    The sponsor’s current or ex-boyfriend/girlfriend, whether or not they live together, or a family member of that person.

·    The brother/sister, parent/grandparent, aunt/uncle or cousin of the sponsor or the sponsor’s partner.

This expansion of the term “members of the family” would ensure that sponsored family members are protected in the future against acts of violence.