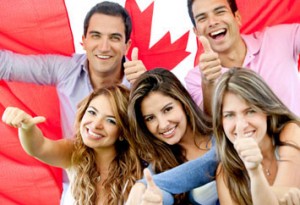 It is not known whether it is for better or worse, but the Canadian Immigration rules have definitely changed. These changes make it more difficult for students from outside the country who have recently passed out of universities in Canada to get permanent residency.

Discussions in 30 Seconds hide
1 The New system
2 The predicament
3 The process
4 Assessment criteria and course of action
5 Students at an impasse
6 About Post Author
6.1 Binny Kuriakose

Canada launched a new method on January 1, namely the Express Entry System. This program was designed to select the best talents according to their ranking and thus increase the number of skilled work force in Canada by processing their applications within six months.

The present and former international students are now facing an intricate and tricky situation.  The Canadian economy has probably been enriched with the fees they paid and goods and services they used during their study period.  They came by and large to settle in Canada, but that may no longer be an option.

The Canadian government has released only minimal information about the Express Entry System. The candidate has to fill an online application; in which they have to submit information about themselves, their education and employment experience. On the basis of the application, the candidate will be ranked and placed in a pool with other skilled workers seeking permanent residency.

Assessment criteria and course of action

The assessment scheme looks at the candidate’s language proficiency in English and French, educational qualifications, work experience in Canada and other factors that might give the candidate an edge over others. A sketchy course of action in the Express Entry system is described:

Students at an impasse

The previous system ensured that international students could settle permanently in Canada after their graduation and a year’s work experience. But with the new Express Entry program, things have become rather complicated. In spite of the Canadian experience being a boost up ensuring a higher ranking, the fact that just getting listed onto the Express Entry pool will not be enough to obtain permanent residency. Now students will have to compete with others who have studied from a third world country and try and reach a higher ranking.

This would be very unfair on the students as they have spent so much money is getting better education. It is also unwise on the part of the authorities not to consider their years of experience in being accustomed to the culture and language.

Universities in Canada have lost their sheen and appeal because of the introduction of the new system. Hopefully, the government will find a way to obtain permanent residency for the international students with Canadian work experience.