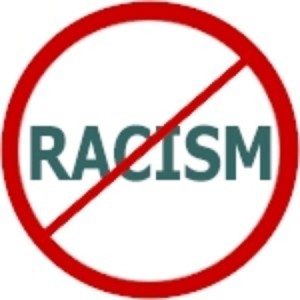 In today’s society, a person discriminates someone just because they look different. They are quick to judge based on the narrow minded concepts that are fed into their minds. Every single day people are discriminated by the color of their skin. But, as the popular saying goes, you shouldn’t judge a book by its cover. All human beings are essentially similar. So instead of building walls of resentment that separates us from each other, we should build bridges to unite us.

Canada’s Winnipeg has been labeled the ‘most racist city’ by Maclean’s magazine. It is a matter of serious concern when the Minister of State for Multiculturalism of Canada is subjected to comments of being a ‘Sikh-Canadian’ and being ‘unemployed’.

Although Canada was ranked second in the list of countries for tolerance and inclusion in the recently released Social Progress Index, the increasing racial intolerance is too agonizing to deal with.

The Aboriginal people of Canada are known to endure more hardship as they are treated much worse than the even the African-Americans of the United States. Being a country projecting a picture of progressive tolerance, the government of Canada is failing in this matter by not taking the situation into account as a national crisis.

The youth are now eager to show the way through campaigns against racism. In areas where adults fear to walk the talk, students and young Canadians are more than prepared to take on such tough and sensitive issues. Steven Hayes and Will Landon, members of the University of Manitoba Students’ Union (UMSU) as the inner-city campus students’ council delegate and Aboriginal Students’ Representative respectively are examples of the youth leading the line of attack in the fight against racism.

In the words of Nelson Mandela, “No one is born hating another person because of the color of his skin, or his background, or his religion. People must learn to hate, and if they can learn to hate, they can be taught to love, for love comes more naturally to the human heart than its opposite.”

Jacinta Bear, 34, who manages the North End Hockey Program tells the kids on her teams that when they are facing a racist remark they should “Just keep smiling, don’t give them the reaction they’re after. There’s something not right in their lives and they’re taking it out on you.”

The cure to racism does not lie in multiculturalism alone. Discrimination and racism don’t get neutralized with good manners. In order to fix the problem, we have to begin to talk about it. The issue at hand, the discrimination of people having colored skin in Canada should be faced head on. The foremost rung in the ladder of the downfall of racism would be the acceptance of the fact that Canada actually faces racial problems.