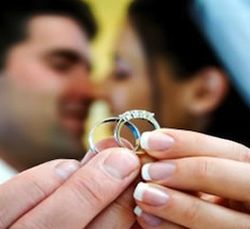 One of the many ways to get a Canadian Visa is to marry a Canadian citizen. But there are increasing number of cases where this provision is grossly misused. Many visa seekers get married to Canadian citizens just to gain entry into the country with or without the connivance of the citizens.

Such marriages are also called common-law relationships where the only purpose is to let the spouse or partner to migrate to Canada. These are often facilitated by the sponsors themselves.

Marrying a Canadian citizen or a permanent resident just to gain entry into Canada is a crime and those found in violation could be charged with crime.Citizenship and Immigration Canada (CIC) is working to prevent such fraud marriages. They have officers who are well trained to detect such fraudulent applications by cross-checking the documents, interviewing the sponsor and the applicant and even visiting their homes if needed.

In one such case a 54 year old Canadian citizen married a 24 year old Mexican immigrant who was staying in a women’s shelter. After the completion of immigration related paper works, she left him with their kid. In spite of his various attempts she refused to join him back and instead she sued him for divorce, custody of their kid and alimony of $3,500 per month. Now he wants to warn others like him from falling prey to such marriages.

In a new rule that CIC has issued, applicants who have submitted their applications on or after 25th Oct 2012, should live with their sponsors for minimum two years from the day of getting a permanent residence status in Canada. This new rule also applies to those spouses who have not had any children through their sponsor.

CIC does consider the fact that even genuine marriages can fail but if they are convinced that yours is a case of marriage for convenience they can refuse to grant visas or ban you from traveling to Canada for two years. Such an entry would remain in the records permanently.

Sponsorship is a legal process in Canada but there are certain terms and conditions that need to be adhered to, to prevent the fraudulent use of the provision. In spite of how long the marriage lasts, a sponsor is responsible to support the spouse for a period of three years after marriage. Adding to the seriousness of it is the fact that a sponsor who is found in a marriage for convenience could be charged with crime. Hence, it is important for sponsors who meet people from other countries to carefully consider all aspects before they commit for a marriage and fall prey to fraud.